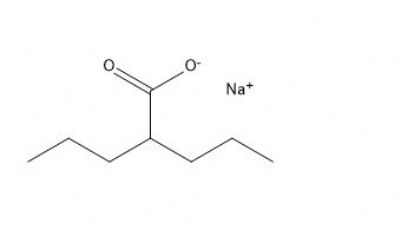 Send us a request for Custom
pack size and pricing.

Schedule a call with our Experts to
answer your questions.

Connect with our Live Chat
representatives for instant help.

Valproate (VPA) and its valproic acid, sodium valproate, and valproate semisodium forms are medications primarily used to treat epilepsy and bipolar disorder and prevent migraine headaches. They are useful for the prevention of seizures in those with absence seizures, partial seizures, and generalized seizures. They can be given intravenously or by mouth, and the tablet forms exist in both long- and short-acting formulations.

Common side effects of valproate include nausea, vomiting, sleepiness, and dry mouth. Serious side effects can include liver failure, and regular monitoring of liver function tests is therefore recommended. Other serious risks include pancreatitis and an increased suicide risk. Valproate is known to cause serious abnormalities in babies if taken during pregnancy, and is contra-indicated for women of childbearing age unless the drug is essential to their medical condition. As of 2022 the drug was still prescribed in the UK to potentially pregnant women, but use declined by 51% from 2018\u201319 to 2020\u201321.

Valproate was first made in 1881 and came into medical use in 1962. It is on the World Health Organization's List of Essential Medicines and is available as a generic medication. In 2019, it was the 114th most commonly prescribed medication in the United States, with more than 5\u00a0million prescriptions.

Have a requirement of Custom Pack Size or Specific Quantity ? Please share the details with our team and one of your representatives will get in touch with you within 24 hours.

Speak to an expert

Need advice from an expert for your synthesis project? Please share the following information and someone from your team will reach you with more details.