Available for Dispatch by 5-Jul-2022
This Product is a Controlled Substance.
For exact pricing and delivery please contact sales@clearsynth.com

Clozapine is a psychiatric medication and is the first atypical antipsychotic (also called second-generation antipsychotic, SGA). It is primarily used to treat people with schizophrenia and schizoaffective disorders who have had an inadequate response to other antipsychotics or who have been unable to tolerate other drugs due to extrapyramidal side effects. It is also used for the treatment of psychosis in Parkinson's disease. Clozapine is regarded as the gold-standard treatment when other medication has been insufficiently effective and its use is recommended by multiple international treatment guidelines, after resistance to earlier neuroleptic treatment is established.

The role of clozapine in treatment-resistant schizophrenia was established by the landmark Clozaril Collaborative Study Group Study #30 in which clozapine showed marked benefits compared to chlorpromazine in a group of patients with protracted psychosis who had already shown an inadequate response to other antipsychotics. While there are significant side effects, clozapine remains the most effective treatment when one or more other antipsychotics have had an inadequate response. The use of clozapine is associated with multiple improved outcomes, including a reduced rate of all-cause mortality, suicide and hospitalization. In a network comparative meta-analysis of 15 antipsychotic drugs, clozapine was found to be significantly more effective than all other drugs. In another UK study, the majority of patients (over 85% of respondents) who took clozapine preferred it to their previous therapies, felt better on it and wanted to keep taking it. In a Canadian survey of 130 patients, the majority reported better satisfaction, quality of life, compliance with treatment, thinking, mood, and alertness.

Compared to other antipsychotics, clozapine has an increased risk of blood dyscrasias, in particular agranulocytosis, in the first 18 weeks of treatment. After one year, this risk reduces to that associated with most antipsychotics. Clozapine's use is therefore reserved for people who have not responded to two other antipsychotics and is only done with stringent blood monitoring. Overall, despite the concerns relating to blood and other side effects, clozapine use is associated with a reduced mortality, especially from suicide which is a major cause of premature death in people with schizophrenia. The risk of clozapine related agranulocytosis and neutropenia warranted the mandatory use of stringent risk monitoring and management systems, which have reduced the risk of death from these adverse events to around 1 in 7,700. The association between clozapine use and specific bloods dyscrasias was first noted in the 1970s when eight deaths from agranulocytosis were noted in Finland. At the time it was not clear if this exceeded the established rate of this side effect which is also found in other antipsychotics and although the drug was not completely withdrawn, its use became limited. Clozapine became widely available in the early 1990s and remains the only treatment likely to be effective in treating resistant schizophrenia.

Common adverse effects include drowsiness, constipation, hypersalivation (increased saliva production), tachycardia, low blood pressure, blurred vision, weight gain, and dizziness. Clozapine is not normally associated with tardive dyskinesia (TD) and is recommended as the drug of choice when this is present, although some case reports describe clozapine-induced TD. Other serious risks include seizures, inflammation of the heart, high blood sugar levels, constipation. The use of this drug can rarely result in clozapine-induced gastric hypomotility syndrome which may lead to bowel obstruction and death, and in older people with psychosis, as a result of dementia it may lead to an increased risk of death. The mechanism of action is not entirely clear in the current medical literature. Clozapine is on the World Health Organization's List of Essential Medicines. It is available as a generic medication. 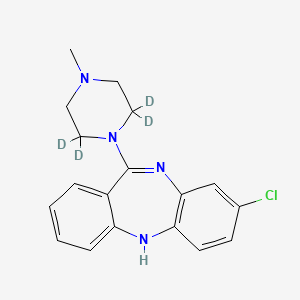 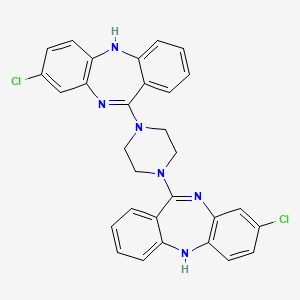 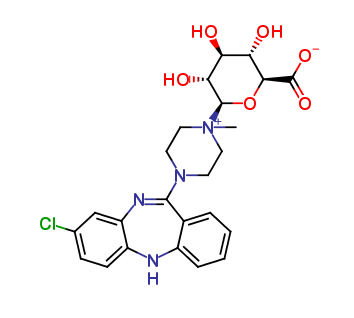 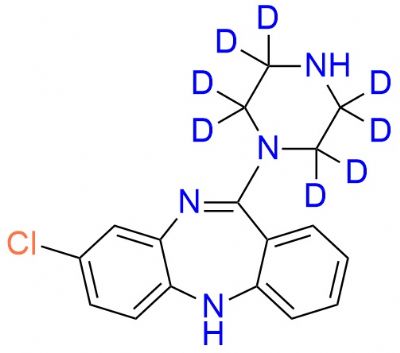 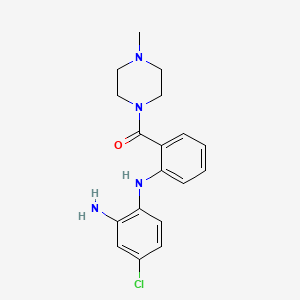 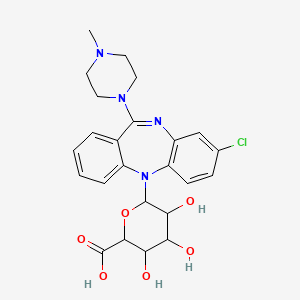 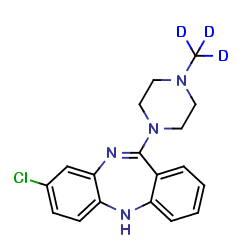 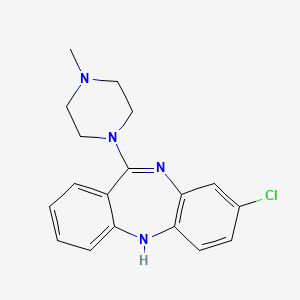 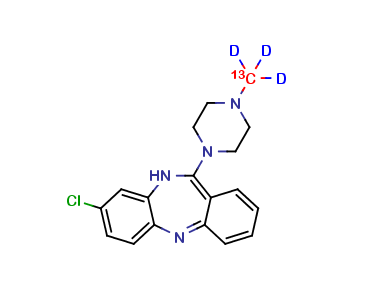 Looking for a discounted price or need more info for 'Clozapine N-Oxide (CS-O-07694)' ?

Looking for a discounted price or need more info for 'Clozapine N-Oxide (CS-O-07694)' ?