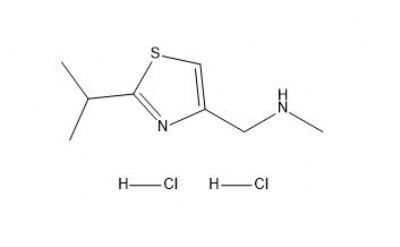 Available for Dispatch by 5-Jul-2022
Looking for Custom QTY ? Click to request a quote

Cobicistat, sold under the brand name Tybost, is a medication for use in the treatment of human immunodeficiency virus infection (HIV/AIDS). Its major mechanism of action is through the inhibition of human CYP3A proteins.

Like ritonavir (Norvir), cobicistat is of interest for its ability to inhibit liver enzymes that metabolize other medications used to treat HIV, notably elvitegravir, an HIV integrase inhibitor. By combining cobicistat with elvitegravir, higher concentrations of the latter are achieved in the body with lower dosing, theoretically enhancing elvitegravir's viral suppression while diminishing its adverse side-effects. In contrast with ritonavir, the only other booster approved for use as a part of HAART, cobicistat has no anti-HIV activity of its own.

Cobicistat is a potent inhibitor of cytochrome P450 3A enzymes, including the important CYP3A4 subtype. It also inhibits intestinal transport proteins, increasing the overall absorption of several HIV medications, including atazanavir, darunavir, and tenofovir alafenamide. Looking for a discounted price or need more info for 'N-Methyl-2-(1-methylethyl)-4-thiazolemethanamine dihydrochloride (CS-O-10629)' ?

Looking for a discounted price or need more info for 'N-Methyl-2-(1-methylethyl)-4-thiazolemethanamine dihydrochloride (CS-O-10629)' ?