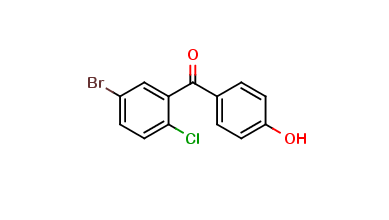 For exact stock availability and pricing we request you to please send us an enquiry on sales@clearsynth.com

Common side effects include urinary tract infections, fungal infections of the groin, and joint pains. Rarer but more serious side effects include a skin infection of the groin called Fournier's gangrene and a form of diabetic ketoacidosis with normal blood sugar levels. Use in pregnancy and breastfeeding is not recommended. Use is not recommended in those with significant kidney disease, though it may help slow the progression of mild kidney problems. Empagliflozin is an inhibitor of the sodium glucose co-transporter-2 (SGLT-2), and works by increasing sugar lost in the urine.

Empagliflozin was approved for medical use in the United States and in the European Union in 2014. It is on the World Health Organization's List of Essential Medicines. In 2019, it was the 146th most commonly prescribed medication in the United States, with more than 4\u00a0million prescriptions.

Looking for a discounted price or need more info for 'Empagliflozin Intermediate 1 (CS-O-14892)' ?

Looking for a discounted price or need more info for 'Empagliflozin Intermediate 1 (CS-O-14892)' ?